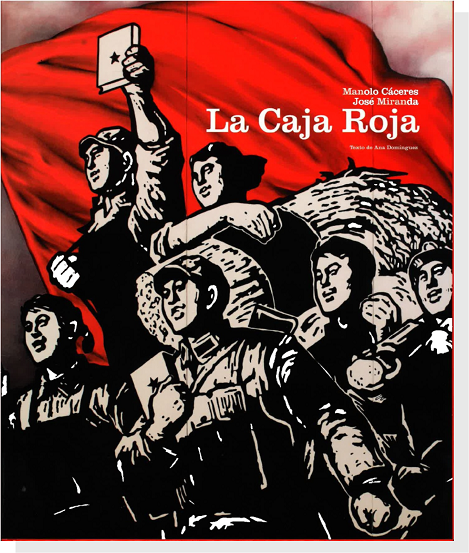 The present volume gathers pictures of China’s daily life in times of the Cultural Revolution. Being reconstructed with stone cardboard decorations and figures of the time, the images gathered in this volume revive the reminiscent and apologetic character which would correspond to a variant of the political pop, which has been very influential in the country the last two decades of the twentieth century. Painting or meta-painting, the authors of the exhibition project, Manuel Cáceres and José Luis Miranda, narrate episodes of recent Chinese past recovering the old media graphics, such as propaganda posters. This “red box” is a sort of a sounding box, which brings together analogies and contrasts between the different cultural references found in this privileged space where the inhabitants of these paintings and its potential public coexist temporarily.