In the framework of the celebration of the Chinese New Year in Barcelona, the Barcelona City Council and Casa Asia, with the support of the Chinese Consulate in Barcelona and the Confucius Institute Foundation have co-organized an online meeting with ten Chinese investment companies in the city to maintain and reinforce the bet of these companies in the city. The meeting has served to share the economic vision and learn first-hand the situation of the main Chinese investment companies with a presence in Barcelona in the current global crisis caused by the pandemic.

Representatives of the companies AirChina, Aritex, Baosteel, China Construction Bank (CCB), China Certificate & Inspection Group (CCIC), COSCO Shipping Lines, Hai’er Iberia, Huawei Iberia, ICBC, and Keeway Motors participated in the meeting. The Consul General of the People’s Republic of China in Barcelona, ​​Li Nan; the director of Casa Asia, Javier Parrondo; the director of the Department of Economy and Business at Casa Asia, Amadeo Jensana; and the co-director of the Confucius Institute Foundation, Le Peihua, as well as the first deputy mayor of Barcelona City Council, Jaume Collboni and members of the team of the municipal management of the City Promotion.

For Collboni, “it’s a key moment to reach out to Chinese investment, which despite the impact of the crisis caused by the pandemic, continues investing in Barcelona and to grow the presence of companies and become part of the business fabric of the city and the metropolitan area “. In this sense, he has encouraged the 10 main Chinese companies based in Barcelona to detect projects of mutual interest with possible fit within the European recovery funds.

In this sense, Jaume Collboni stressed that “the economic reactivation of Barcelona needs efforts to reinvent ourselves, but also so that there are more Chinese companies that bet on Barcelona as a strategic point in their action in the European and Latin American market, so that air connections with China can continue to be strengthened, to achieve greater presence and profitability for our companies in the Asian market and to build bridges to nurture our economic ecosystems in both directions. ”

According to data from ACCIÓ, in 2019 there were 116 Chinese subsidiaries in Catalonia. Barcelona represents for these companies a very attractive environment and growth potential in sectors linked to innovation and digital transformation such as mobility and the automotive industry, logistics, electronics and industrial engineering. 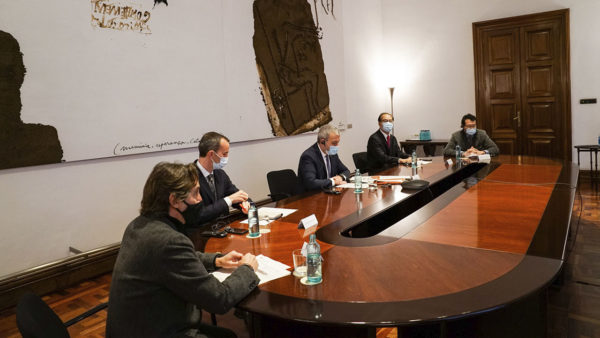