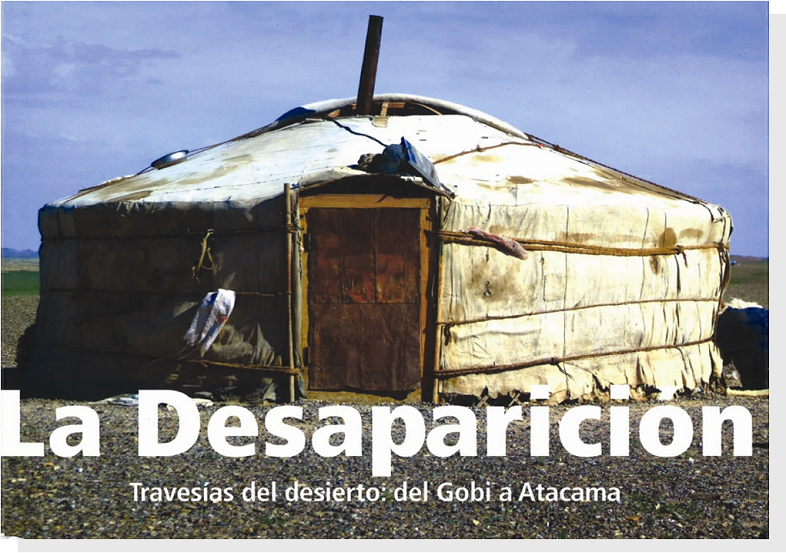 This book contains artist Magdalena Correa’s project, which was made by putting in relation the Gobi Desert (China) and the Atacama Desert (Chile), identifying them with two typologies of antagonistic territories, which she investigated for two years. Not only did she associated them to climatology but also to their respective inhabitants – nomadic in one case and sedentary in the other. This work was preceded by a trip to Patagonia and its resulting project, “Austral”, which also developed into a book. Its background must be sought in the interest that presents the toponymic figure of the “desert” and its variables for the artist. The incorporation of these geographies in her work broadens the contribution that the artist initiated a few years ago with the records of the urban architectures to which she later contrasted the landscapes of the desolation of this part of the world. This volume is related to the exhibition which was inaugurated in the framework of the activities that Casa Asia programmed at LOOP 2008, as it consists of a set of video installations and light boxes containing opposing moving images of both deserts.