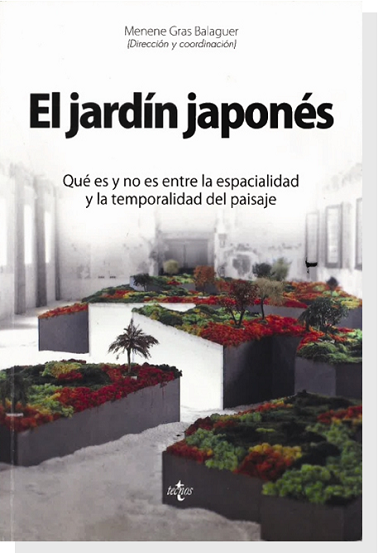 This book is about the Japanese garden as a cultural construction of natural landscape denying the nature of isolated phenomena, even though it is a cultural fact which has preserved its individuality with the passing of the centuries since its implantation in Japan coming from China. The need of understanding it comparatively from different perspectives and cultures seems to have been increased with the geographical change of direction experienced in social sciences for the last two decades. The Japanese garden is popularly understood as a work of art, which representation contributes to the construction of an own cultural identity, by means of which it is staged a social projection of the subject or individual belonging to the culture that has created it. The polysemic resonance that suggests its name makes it a kind of local and universal archetype that cannot be presented separately without taking in account its precedents and its purpose, for being the expression of a swarm of manifestations that defines or identifies the complexity of the Japanese culture. The art of gardens is inseparable of the idea of representation, this is because of its main elements’ symbolic value, and because of its speaking nature that is normally attributed to whatever the essence of its saying is, and what these can communicate. The Japanese garden is a spatial and geographical construction that responds to a way of understanding the world or cosmology; and, simultaneously, the abbreviated representation of the universe, as an expression of human society which constructs an image of itself in a world of restless and migrant identities, reclaiming what is beyond its ephemeral nature to transcend its impermanence.

This volume is divided in four parts: 1. Esthetic and semiotic of the Japanese garden; 2. About the landscape’s nature:  the seasons’ geography; 3. Garden’s grammar: the water, the stone and the tree; 4. The Japanese garden as a cultural construction.