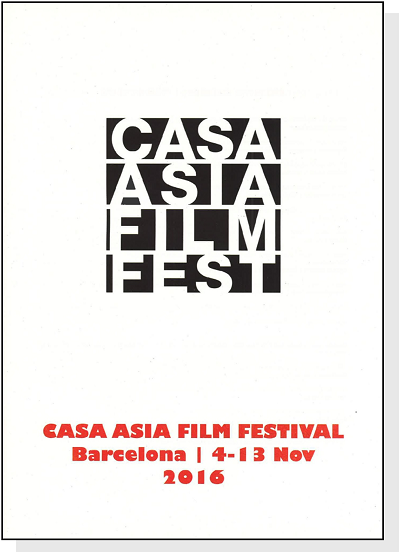 In this fourth edition, the Casa Asia Film Festival of Barcelona held in 2016, gathered 80 screenings from 25 Asian countries, divided into five sections: Official, Panorama, Discoveries, Special, and Filipino Classics. This edition focused on the visual representations of space time of the different cultures of the continent. From East to West and from North to South, the festival’s programming encompassed a broad geography that integrates nation and narrative in Asia, as the equivalents of spatiality and constitutive temporality of our societies, beyond the historical continuity that belongs to the first. Every nation is constituted through its narration, and the latter acquires a meaning by identifying with the cultures on which these concepts are based. In 2016, the festival tried to adapt to the concepts of nation and narrative from the perspective posed by postcolonial discourse and in particular Homi K. Bhabha, more interested in the constitutive aspects of cultural difference than in the fact of difference itself. Asian cinema is not a category or a genre, but a space of spaces in which cultures coexist with common roots and cross-border identities. In fact, the festival can be considered a laboratory of experiences that occur in dialogue with other cultures, in which nations define and defend their constitutive subjectivity despite the strength of cultural internationalism and economic globalization.