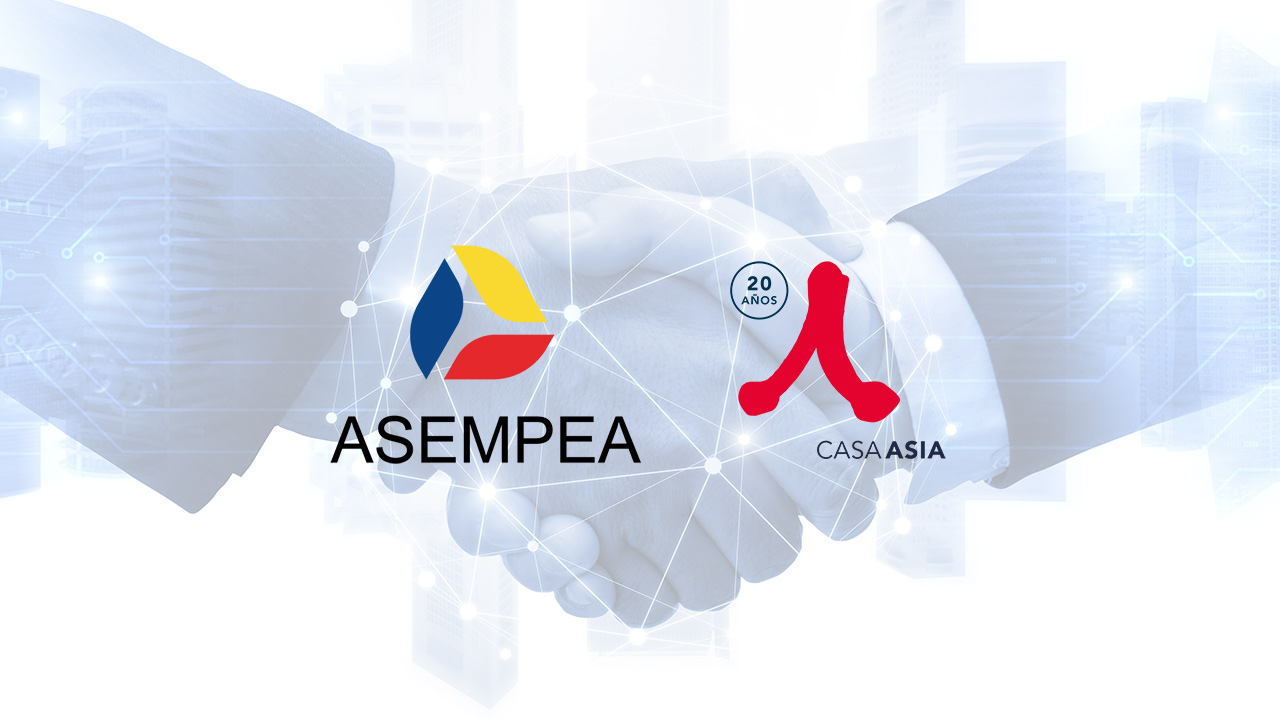 The Spanish Business Association Asean, Asempea and Casa Asia have signed a collaboration agreement that aims to carry out joint activities and projects that contribute to the knowledge and relations between Spain and the countries that make up the Association of Southeast Asian Nations, ASEAN .

Based on this framework, cooperation between both institutions includes holding meetings, webinars or seminars that are of interest to both institutions in order to publicize the opportunities that ASEAN presents within the business world, as well as the preparation of reports, writings, documents, or studies of a business nature that help to promote knowledge about Southeast Asia.

The agreement also stipulates the dissemination of matters related to ASEAN, or to the countries that comprise it, that may be of interest to the partners of both entities, and the exchange of information and publications in their respective fields of activity.

In order to establish a follow-up and evaluation of the activities related to this agreement, a follow-up commission has been set up made up of two representatives appointed by Casa Asia and another two appointed by Asempea.

This agreement is valid for two years, and has been formalized digitally by Tomás González on behalf of Asempea and by Javier Parrondo, general director of Casa Asia.

To launch this Agreement, on February 24, both entities will hold a webinar on “The rise of Southeast Asia: keys to a better strategic positioning of Spain in the region” in which the Elcano Royal Institute will also participate.

The Singapore-based Association of Southeast Asian Nations, ASEAN, was founded in 1967 and consists of ten countries, the Philippines, Singapore, Brunei, Vietnam, Laos, Indonesia, Malaysia, Thailand, Myanmar and Cambodia, with a joint population of about 650 million people.

Asempea is a project that covers Spain and the ten countries that make up the Association of Southeast Asian Nations (ASEAN), and whose main objective is to promote economic and commercial relations between Spain and these countries, identifying itself as a strategic partner for the elaboration, development or execution of any business plan that originates or is destined for Spain or any of the ASEAN countries. In an attempt to achieve these objectives, the Association also seeks active coordination between the public administrations and the respective companies; and reciprocal support in the organization of activities and bilateral visits. By establishing Asempea, the founders already had the previous experience of two other Associations, the Hispano-Malaysia and the Hispano-Indonesia, so their creation was nothing but the natural convergence of these two in a much broader project and much more ambitious.

Casa Asia is a consortium of the state public sector, constituted by the Ministry of Foreign Affairs, European Union and Cooperation, the Generalitat de Catalunya, the Barcelona City Council and the Madrid City Council, which aims to contribute to a better knowledge and promotion of the relations between the societies of Asia and the Pacific and Spain, in the institutional, economic, cultural, and educational fields. Casa Asia is based in Barcelona and has a Center in Madrid.